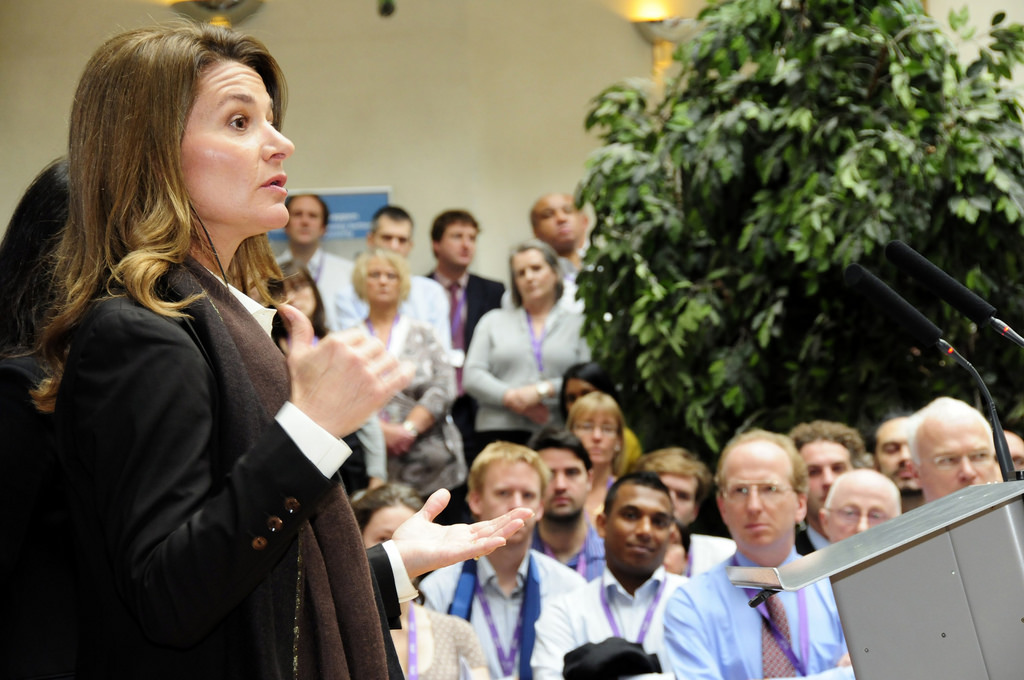 Women are assuming larger roles in American philanthropy. Their efforts have drawn attention to other gender disparities in the United States. One of the topics that has received a lot of attention recently is gender diversity in the technology industry.

Research has shown that only about 11 percent of senior technology leaders are women. Executives attribute this to the fact that there simply aren’t enough females in the tech industry to begin with. At the same time, these same executives have dedicated very little of their philanthropic funding to closing the gender gap.

This fact was recently brought to light by Melinda Gates. According to a report that Gates released in collaboration with McKinsey & Company, tech companies only dedicated a total of 5 percent of giving to programs focused on increasing the role of women and girls in the tech field.

Even more alarming is the finding that less than a tenth of a percent of grants were awarded to programs focused on women of color, a demographic that actually has decreasing representation in the tech industry. In the past decade, the number of black, Latina, and Native women receiving computer science degrees fell by a third.

A New Coalition Born out of Gates’ Data

The good news is that the findings from this report were shocking to many of the companies involved in the study. In fact, 12 out of the 32 participating companies decided to take immediate action in relation to women of color. The 12 companies have joined forces to found the Reboot Recognition Tech Coalition, a collaboration dedicated to ending the gender and race gap in the tech world.

The coalition already has a number of high-profile participants, including LinkedIn, Qualcomm, and Microsoft. Collectively, the organization has pledged $12 million toward the goal of doubling the number of women of color graduating with computer science degrees in the coming seven years.

Importantly, the new coalition does not just plan to devote additional funding to this goal. It will also attempt to address some of the root issues that have prevented women of color from entering the field to begin with.

For example, the group will work together to create a set of guidelines helping universities to revamp their curricula to appeal more to women of color and make them feel welcome in the tech community. A secondary goal involves building communities meant to support these women as they transition from their degree programs into the industry and offer other forms of guidance and assistance.

Two years ago, Gates announced a plan to create her own organization, called Pivotal Ventures, for providing support to women in the tech industry. This organization serves as a supplement to the women’s empowerment work undertaken by the Bill & Melinda Gates Foundation.

Even at the start of this organization, Gates underlined the importance of using research to drive intervention. Companies can articulate their priorities, but they do not know if they are actually making a difference unless they gather data. The new report reveals a surprising reality for many of the companies involved. More importantly, it creates a benchmark for measuring change moving forward.

Guidance for Companies Dedicated to Diversity

The report does more than outline how little is being spent on increasing opportunities for women in the tech industry. The researchers also conducted interviews with more than 100 leaders to determine which currently-implemented strategies have had the largest impact.

These conversations have helped create a sort of playbook that companies can use to promote gender diversity. Using this guide, executives can choose strategies that align with business objectives and learn what actions prove most supportive. In addition, the playbook outlines how companies can implement self-assessment initiatives to ascertain the impact of their efforts.

This sort of guide is important because the researchers found that few companies spent their money in a data-driven manner. For example, the majority of companies surveyed focused their efforts on younger students—between kindergarten and 12th grade. However, research has suggested that targeting college freshman is much more effective for recruiting women into tech fields. Engaging college students allows companies to build a cohort from which they can recruit in the near future.

Another issue at a number of companies was lack of coordination. Often, multiple people were working on the gender and racial inequality at a given company without any one person providing overall direction.

Coordination is essential, as Gates has discussed since the results of the study were released. This is the reason that the Reboot Recognition Tech Coalition has generated so much excitement. With such large names behind the initiative, it will be easier to reach a wide range of young women.

Hopefully, more companies will join the coalition to encourage an industry-wide effort to address the issue. Importantly, the coalition plans to take a methodical approach to bringing more women into tech by continuously collecting data and evaluating the effort of new strategies until ideal initiatives are found.

← The Chan Zuckerberg Initiative: The Search for a New CIO
Honoring the Philanthropy of Microsoft Cofounder Paul Allen →