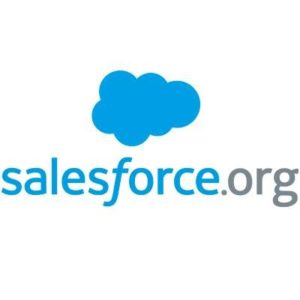 Recently, the nonprofit arm of Salesforce, which is known as Salesforce.org, joined forces with the United Way to create a fundamental change in corporate philanthropy. Many companies across the nation offer to match the donations that their employees make to charitable causes. Typically, the process involves employees filling out a form that identifies a recipient of the giving, and then the company deducts the money from each paycheck. Unfortunately, this approach is not very engaging, and many employees grow bored of it. After all, people have no simple way to know what causes they should support or how their donation is making a real impact.

Salesforce.org and the United Way recently joined with a number of major companies to roll out an initial release of a new app called Philanthropy Cloud (a fuller release of the product will occur later this year). Philanthropy Cloud creates a sort of social network for corporate giving. Through the app, employees can see what charities their coworkers are supporting and learn about new ways of getting involved. The app also provides overviews of different charities and their accomplishments. With more users, Philanthropy Cloud could quite easily become a tool for making more informed giving decisions and responding more quickly to major humanitarian crises.

Pioneers in the World of Corporate Philanthropy

United Way Worldwide has been a major pioneer in the field of corporate philanthropy. 50 years ago, the organization introduced the idea of having charitable contributions deducted directly from paychecks. Today, the organization raises more than $4.5 billion each year from millions of donors, about half of whom make donations directly through payroll deductions. This money is distributed in fair and amicable ways among aid groups in nearly 2,000 different communities around the globe. However, the giving landscape in the United States is fundamentally changing. While organizations are raising more money than ever before, fewer people are contributing that money.

In other words, very wealthy people account for the majority of giving. These wealthy individuals tend to focus more on large, global change than they do on local initiatives. Fewer people giving thus mostly affects local organizations. Salesforce.org and United Way are using Philanthropy Cloud to respond to this phenomenon. The world continues to grow more personalized, a trend largely driven by social media. Therefore, people want a personalized experience, which is not what the traditional system of paycheck deductions offers. Philanthropy Cloud provides a tool for making that process personal by allowing employees to share experiences and learn more about the impact they make.

Moving beyond the Simple Donation System

What makes Philanthropy Cloud such an exciting tool is that it actually pushes for more than just additional paycheck deduction donations. The app offers a personalized environment that blends the line between online shopping, social media, and philanthropy. The initial dashboard of the program displays a pie chart of individual giving to different types of causes and one that represents the overall giving of the collective company. The dashboard also features a special event space that makes people aware of opportunities in their local communities. It also includes a newsfeed containing advertisements for current fundraising campaigns, many of which are timely responses to disasters like hurricanes or wildfires.

Companies also have the ability to create a Featured Content area, which it can populate with stories related to corporate giving at the organization. These stories and campaigns help demonstrate the larger values of the firm. Users will also see a Recommended For You section, which the app generates by tracking the pages that people bookmark, look at, and donate to through the app to help connect them to other causes that they may find interesting.

A Response to Changing Employee Expectations

While companies can definitely use Philanthropy Cloud to encourage more donations from its employees and to make giving more ingrained in corporate culture, the app could also serve as an important recruitment and retention tool. Research has shown that millennials want to work for companies with values similar to their own. As this generation continues to comprise more of the workforce, companies will need to figure out how they can attract them and retain them. One of the first companies to adopt Philanthropy Cloud was Anheuser-Busch, which stated that it was actively looking for new ways of creating flexibility in corporate philanthropy. Anheuser-Busch recognizes that giving is extremely important to its employees and that its actions can empower these individuals to give back to their own communities.

Importantly, United Way and Salesforce.org plan to continue developing Philanthropy Cloud to include new features that will speak to changing employee expectations. In the near future, the app will unveil volunteer hour trackers and tools that will sync with QuickBooks, TurboTax, and other financial programs. In addition, the app’s platform will make it easier to organize group volunteer events. The two companies plan to release major updates to the app three times each year, so that it continues to evolve and offer more functionality.